A research on birkenau auschwitz

This factory area was to the east of the town of Auschwitz, some six kilometers from the Auschwitz I main camp, and was called the "Buna-Werke" "Buna" being an abbreviation for the components used to manufacture synthetic rubberor "IG-Auschwitz.

Prisoner labor from Auschwitz was used to build the factory complex. At first, prisoners from the Auschwitz I main camp were marched the six kilometers to the A research on birkenau auschwitz site, but this wasted too much time so they were moved to the site by rail. As demand for prisoner labor increased, work camps were started around the factory complex, and the prisoners were marched across the road and into the factory site.

The main camp was built in October at the southeast edge of the factory area, and was called "Dorfrand" and later the "Buna Lager.

Prisoner labor at the Monowitz sub-camps was eventually provided by selections from arriving train shipments of Jews from around Europe, numbering over 35, prisoners in the highest number in the Monowitz camp itself was about 11, Mortality was high, as the work was strenuous and living conditions poor.

The Buna-Werke factory site was A research on birkenau auschwitz by the Allies on four occasions, August-Decemberdoing considerable damage to some of the factory buildings. Although some products such as synthetic fuel and oil were produced in small quantities, the war ended before the primary product of synthetic rubber ever went into production.

Factory work ceased in mid-Januaryand the factory site was overrun and the remaining prisoners in the labor camps liberated by the Soviet Army on 27 January The primary workers camps established for the IG Farben Buna-Werke factory complex were numbered and designated as follows some of these were labor camps for prisoners, and others were simply barracks camp living areas for IG Farben civilian workers from Germany: Few period photos exist of the Monowitz labor camp site.

Above - a prisoner work detail marches out of the camp toward the Buna-Werke factory, with the buildings of the Monowitz SS Kaserne in the background. In the foreground is a one-man shelter for the SS guard force, at the base of a guard tower.

These shelters were scattered around the perimeter of the work camps, for air raid protection. The buildings of the SS Kaserne that appear in the background of the period photo no longer exist. Postwar buildings cover the Monowitz camp site today.

Holocaust Memorial Museum; below - Bundesarchiv Despite the fact that tour guides and publications at the Auschwitz-Birkenau Museum and, indeed, most publications about Auschwitz state there are no remains of the Monowitz camp, various period buildings and ruins can still be found there.

Google Maps link Most of the visible remains at Monowitz and the other Buna-Werke camps are air raid shelters. Several concrete one-man shelters of the type shown above at Monowitz can be found around the area. The concrete block in front of the door was meant to stop bomb shrapnel from entering the door.

The shelter below appears to be an enlargement of one of the semi-circular shelter types seen at the top of this page, into an underground shelter for several men. It is of the type called "Salzgitter" or "Geilenberg" bunkers, built extensively in around chemical and fuel production facilities see the similar bunker outside the Buna-Werke factory, below.

Curiously, there is one of the small semi-circular shelters just outside, seen in the photo on the left above. Perhaps this shelter was already in place before the large bunker was built. Google Maps link The bunker has entrances at each end, covered by concrete walls both inside and outside the entry doors, to guard from bomb shrapnel and blast going straight into the door opening.

The entry doorways originally had metal bunker closure doors. Various remains of the other labor camps can be seen in the area. The ruin on the right above was a water treatment facility near Lager VI Pulverturm. Nearby is the artifact seen on the left below, sometimes called a water tower perhaps, since the adjacent camp was called "Pulverturm," this was some sort of powder tower. 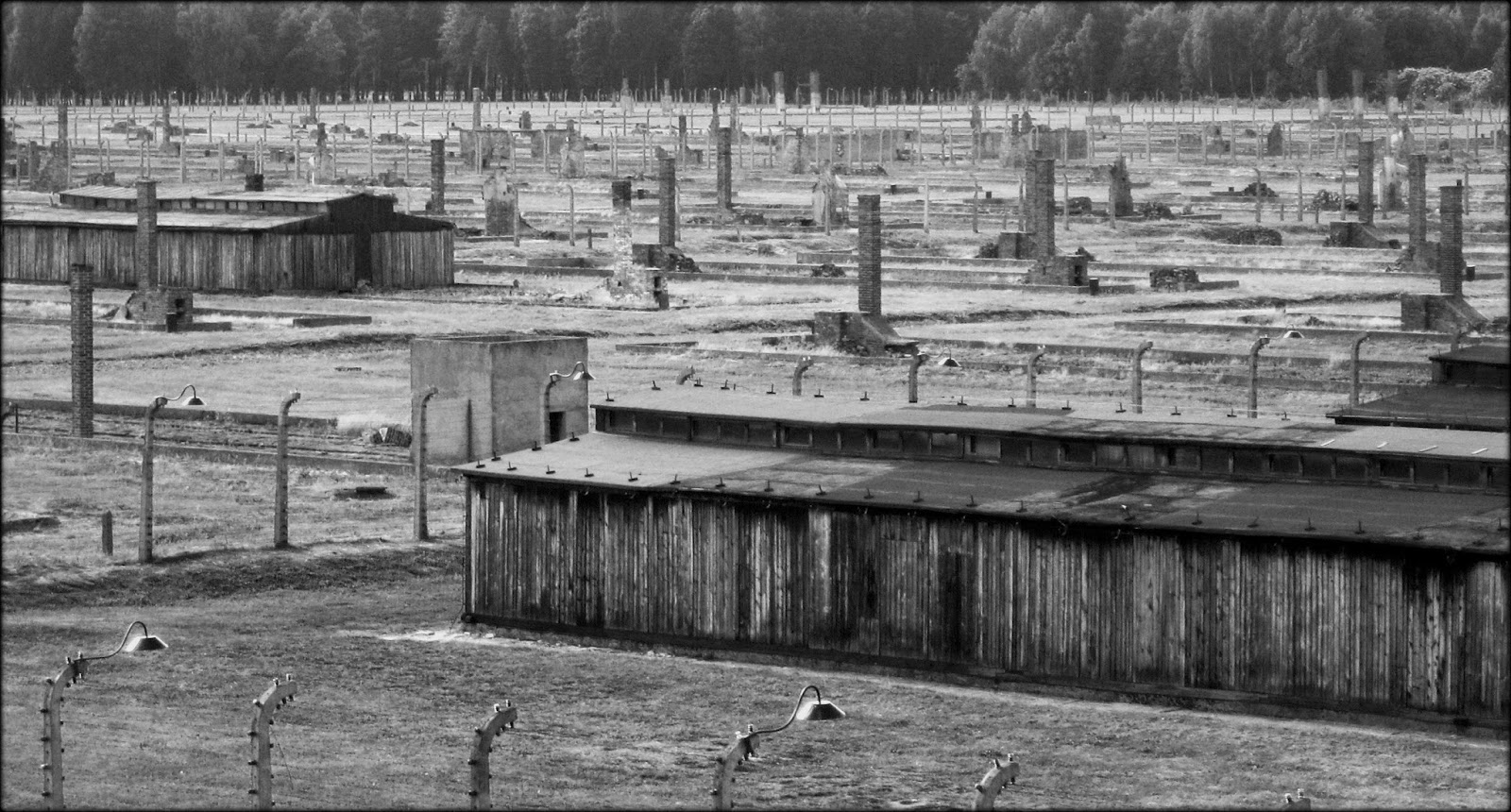 The photo on the right below shows this tower in the background, with one of the semi-circular air raid shelters in the foreground. Note - This tower was removed in the summer of Google Maps link The multi-piece one-man shelters can be found at various locations around the sites of the labor camps around the IG Farben factory site.

The production facilities were dismantled after the end of WW2 and the machinery was shipped to Russia as war reparations. Several of the buildings and cooling towers were dismantled at this time, but many original buildings remain none of the chimneys seen today are original to the s, but the chimneys in the modern photo above are adjacent to the original power plant complex seen in the period photo.

In the s the factory area was rebuilt and again used to produce chemical products, and it remains one of the largest chemical factories in eastern Europe. The building arrowed on the left below was one of the main buildings of the synthetic fuel production process, and remains today.

A series of low open arches can be seen running along to the right of the building; this was the main "piping viaduct" which still exists today bottom.

The building in the left background of the period photo is the power plant facility, which still exists. Bundesarchiv These original buildings from the Buna-Werke remain at the factory site today, some still in use. Air raid bunkers for the IG Farben civilian personnel were provided throughout the factory complex both huge concrete cubes and smaller types.History Background.

The ideology of Nazism brought together elements of antisemitism, racial hygiene, and eugenics, and combined them with pan-Germanism and territorial expansionism with the goal of obtaining more Lebensraum (living space) for the Germanic people.

Immediately after the Nazi seizure of power in Germany, acts of violence perpetrated against Jews became ubiquitous. Today, the site is managed by the Auschwitz-Birkenau State Museum. in Poland which, in addition to maintaining the camps and providing visitor support, is also a very large research and publications center..

Over 25 million people have visited the Auschwitz Museum since its establishment in The Auschwitz Study Group is a collective of researchers and educators exploring the wider aspects of Auschwitz and the Holocaust than is generally considered, through our social media outlets and quarterly magazine.

Auschwitz-Birkenau - Monowitz Camp and Buna-Werke Factory Site As the Auschwitz concentration camp evolved from its beginning, one of its primary purposes became providing slave labor to German industrial and armaments firms.

It is devoted to the memory of the victims who died at both camps during World War II. Today, the site is managed by the Auschwitz-Birkenau State Museum.

in Poland which, in addition to maintaining the camps and providing visitor support, is also a very large research and publications center.. Over 25 million people have visited the Auschwitz Museum since its establishment in